And we're back on the Sucreabeille train! This time with some perfumes I purchased a couple of sales ago. This review set contains (spoilers) one of my all time favorite Suc perfumes ever. I wanted to get it up partially because I rec this one all the time but uh, hadn't gotten up my review of it. The other part of why I'm getting it up is because when Andrea asked if I wanted some lotion to review and what scent it ought to be in I was like "YiaC,CYD!" only I wrote it out. And it would be weird to review the lotion in a few reviews without having touched on the perfume scent. What does that Cthulhu cultist looking phrase mean? What is this scent? Why am I trying to cliffhanger readers over a perfume review? The answers lie within...
The perfumes covered in today's review are: 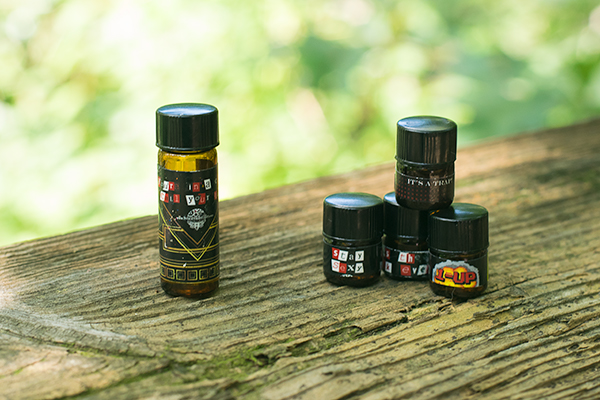