Wow! So it feels like it's been a month of Sundays since I've posted a Stereoplasm review... much less written one! But my order got here with fall press samples galore in it and uh... a super special surprise where Meaghan just sent me three Appalachian perfumes to apologize for the delay. I am going to review those eventually because we're all going to have to collectively peer pressure her into doing a wide release of them because y'all. Y ' a l l.
But that's not what today's review set is about! Today we're covering the two animals of the month that came with my package and the Belle Dames Sans Merci collection. I've got no clue when the Animals of the Month will be available other than 'presumably pretty soon'. One is an extinct owl which is possibly the spookiest perfume animal Meaghan could conceivably use aside from Beelzebufo (giant extinct toad large enough to eat dinosaurs and literally named Devil Frog) or that one stupid giant extinct snake.
Let's get SPOOKY with implied faerie witch blood drinking.
The perfumes covered in today's review are: 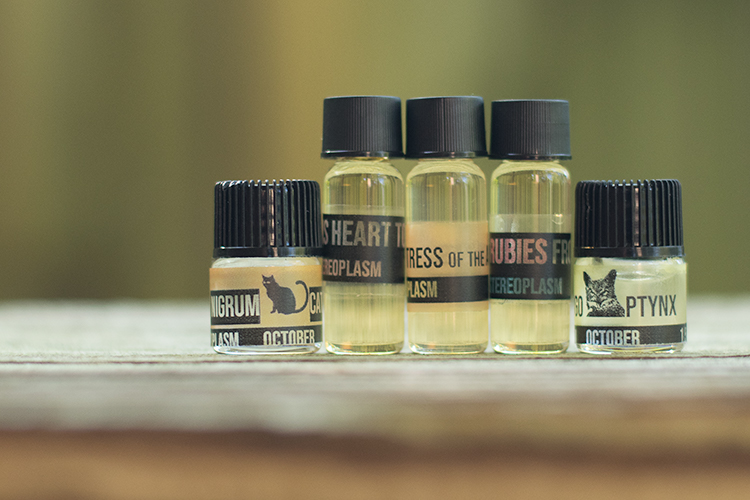