Sucreabeille is having a sale right now and I could, were I more professional, pretend I set this review set to sync with that. The reality is I'm behind on my review deadlines and the days just happened to line up. But! If any of these reviews have you thinking about a purchase this weekend is the time to do so since Suc is getting s-s-s-p-p-ooky with their prices.
Before going into these reviews I've got to mention: The Alchemist set, as a whole, I suspect was not for me as it were. I'm sensitive to decay notes. I prefer my autumn scents light and fiery or twilighty/misty or cold and open like a board plain. This collection as a whole was heavy and evoked a sense of 'chemical', 'decay', or 'acrid' in almost every scent. It runs earthy and involves lots of dark browns and reds. So if you're a fan of that vibe it might be worth exploring more reviews than just mine because our tastes are pretty different.
The scents covered in today's review are: 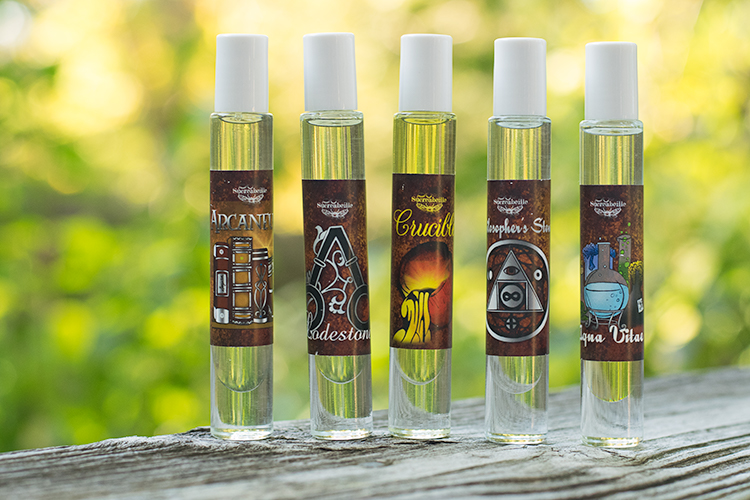