As promised (though late) here's the two Sihaya reviews I have for scents that are A: coming down on the 15th and B: not sold out. AS A NOTE these are coming down like... very soon - I promise I am not trying to FOMO anyone (the timing is purely my own goof-ups at work) - but like, if you want 'em now's the time to get 'em.
Since this is a mini review gonna pass on methods - check out my previous Sihaya post if you wanna see those - and on the packaging review section.
The candles in this review are: 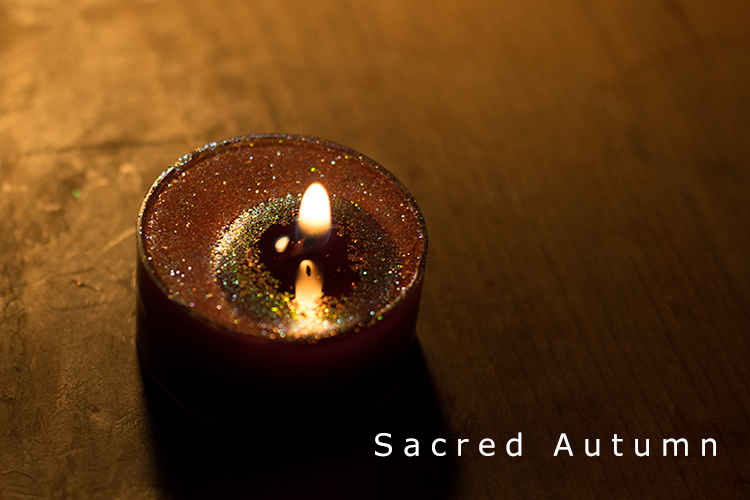 Sacred Autumn
Unlit: Something that’s either a floral, or part of an accord that smells floral. Going to guess marigold but that might be way out of left field. It kind of reminds me of fallen leaves. Beneath that is some spice, and something atmospheric that reminds me of mist. At the base is some sweet resin/wood. So in sum, leaves and/or soft autumnal floral at the top, under that spice and mist and at the base sweet resin/wood.
Freshly lit: Baked good - maybe a pumpkin bread - paired with that soft leaf smell and smoky wood. Not getting much of what smelled atmospheric now - there might be a touch of resin in there… but mostly getting that kind of spiced-pumkin-bread smell.
After an hour: There’s no half-hour update here because I… lost track of time. Giant whoops. Look, I had Planet Zoo on and the wolf exhibit wasn’t going to build itself was it? Anyyyway.
I’m getting something like cranberries, or a broad, soft, autumnal floral paired with spiced pumpkin bread and smokey wood/resin. I’m not confident in my breakdown - but it is hitting me as kind of ‘mildly gourmand’ with some broad not-piquant sweetness at the top and a certain resinous element.
Mild throw with a relatively small scent cloud compared to the other tea candles I’ve tried from Sihaya.
Official notes: golden amber, pumpkin, sandalwood, and sweetened incense smoke
Ah-ha. So the golden amber is adding a resinous element and I bet is part of what smells like bread to me. The pumpkin is the pumpkin. The sandalwood is the wood. The smoke is the smoke from the incense… and since it’s been sweetened I bet there’s a floral or some berries in that accord. Maybe.
Verdict: Not my thing - it falls broadly into Ah Yes A Pumpkin Scent as a category. There’s nothing bad about it - it’s quite inoffensive - but it also isn’t something that personally excites me. If you want a smell reminiscent of sticky pumpkin bread this might be for you. 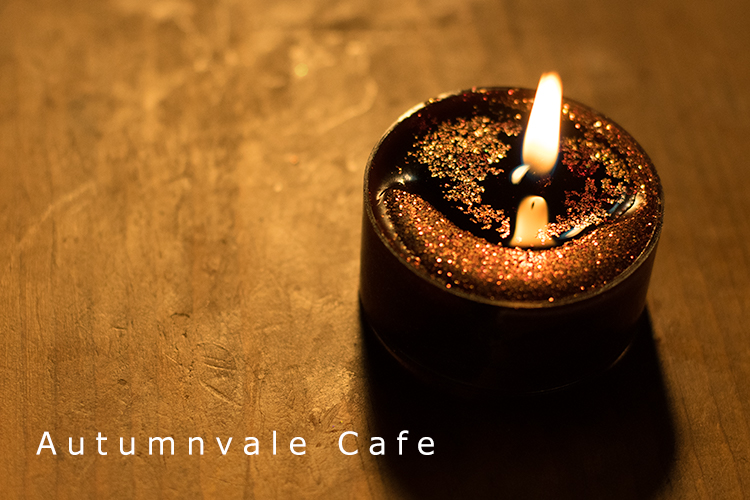 Autumnvale Cafe
Unlit: Coffee! Citrus! Earthy, bitter coffee… and citrus! There’s something else there but unlit the coffee-with-an-edge-of-citrus dominates.
Freshly lit: Chocolate, earthy coffee, edge of citrus, and smooth dark woods. A little more coming out, but still dominated by that coffee.
After an hour: Man, I did it again. TBH I might just cut the half hour point in my reviews because candle scents don’t seem to morph much once they get their melt on. Anyway, what I’m getting here is dark, earthy, rich chocolate coffee with vanilla marshmallows, that edge of citrus, and smooth dark woods. Pretty stable all the way through - but there are some vanilla-smelling notes that come out as the wax melts.
Official notes: pumpkin spice lattes and cinnamon chai
Okay, so, the latte is the dark coffee - the pumpkin must be what smelled like vanilla to me in here. With the chai, I think the cinnamon and dark parts of the tea scents what were I was reading as smooth wood and the bright parts of the tea reminded me of citrus. With the words in front of me I can totally see both of the big accord groups in this. Beats me what in here reminded me of chocolate.
Verdict: Pumpkin strikes again! This is another fine scent, but that coffee is a little on the dark side for what I like from my coffee scents. If you want a dark, Starbucks-level-of-earthy coffee scent give this a spin.
Posted by Aubin "Clawsight" Richards at 6:14 PM