So! Day 1 of A Winter's Ball. We start with our heroine, Elizabeth Bennett.  Of all the features that caught (and held) the enigmatic Mr. Darcy's attention it was her eyes that captivated him initially.  So often in our culture we hear praises sung of light colored eyes - hazel, green, blue and even sometimes grey - but it's unfortunately kind of rare to hear the beauty of dark eyes discussed.

Elizabeth's eyes are special because they show her soul, her wit, her intelligence and her strength. And they're famously a beautiful rich dark color.

For this review I'm going to do things a bit differently -  y'all know my methods and my opinions on Suc's drams can be found in my archives. So, I'm gonna cover the relevant different bits up here: I rested this dram for roughly a week and I think the packaging on this is lovely! 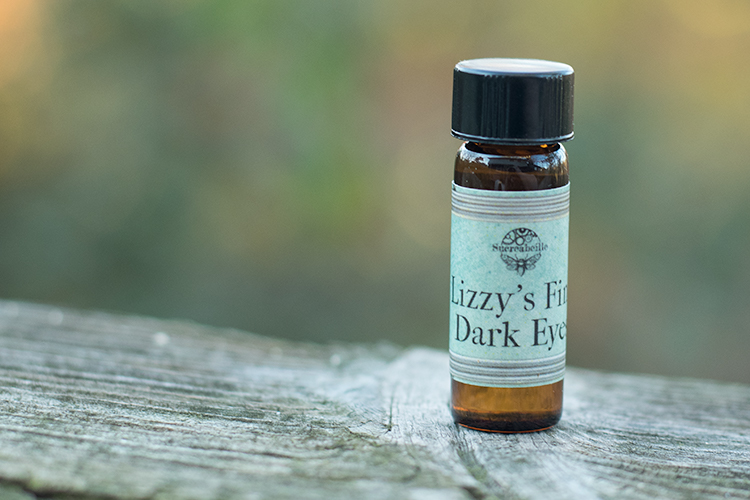 In the bottle:  Ginger. Sparkling, crystal ginger. A lot of the time ginger in indie perfumes is not recognizable to me - it lacks the bit of sharpness real ginger is and falls a little flat. This is beautiful, sharp, fresh ginger. Behind the ginger are some uh… other things? They’re harder to pick out. A spray of florals? Bergamot? Hard to tell. Amber base I think.

Wet on my skin: Ginger is more muted but still there, still quite fresh.  Layered over what’s definitely florals (they also smell fresh), something sweet (honey maybe?), and a tiny touch of bitterness that screams ‘bergamot’ to me. Resinous base that’s either a wood or an amber - golden in color.

Feminine (but not overly so), refined smelling, somewhat traditional in terms of perfumery - but lots of shimmering golds, soft whites, and smooth browns.  Appropriate given the subject matter.

Drydown:  The ginger is back - still not as strong as in the bottle, but it’s definitely the first thing I get when I sniff this. Behind it is the… flower or bitter citrus. Something along those lines. Touch of sweetness and then that resin. Wears strong on the skin with the scent cloud starting about 3 inches away.

After 30 mins: Still wearing about the same as the drydown. Sparkling ginger, floral/bitter citrus type smell, bit of sweetness, and resin.  Dry, sweet, mature (but not old - just ‘grown up), elegant and feminine.

Very mild throw, scent cloud is the same as is described in the drydown.

I am deeply, deeply shocked this doesn’t have ginger in it. What? W H A T? It smells exactly like ginger.

SO I’m guessing the ‘ginger’ is the aldehyde, chamomile, hyssop and lavender. The floral/bitter citrus smell I’m gonna guess is the orchid/peach blossom. The sweetness is probably the ylang ylang since they can go so sweet. The resin at the base is the sandalwood.

Verdict: Okay, so, I really like how this one smells but I don’t think I’ll personally upsize from the dram because it’s a smidge too feminine for me. It’s probably the most ‘refined’ scent I’ve tried from Sucreabeille to date though - and would be very wearable in an upscale workplace or at events. Also - ginger fans - this smells like real, honest to God, ginger.

You can get this scent as part of the A Winter's Ball set found [ here ]! The set is on the pricey side (it's a luxury box!). However! Sucreabeille is also running a sale right now (11/25/19) and this would push you up into some of the higher tiers all on its own... so you'd get a box of lovelies and a bunch of other swag along with it.